Terminal Reservoir is owned and operated by the Metropolitan Water District of Salt Lake & Sandy (District). It was constructed in 1950 and provides drinking water and fire protection storage for Salt Lake City and unincorporated Salt Lake County.  The pre-existing tanks were 2 (20 MG each) reinforced concrete reservoirs that did not meet present-day seismic design criteria and approached its design life.  The District began planning for replacement of the reservoir in 1998 and worked through the detailed planning and design phases of the project over a three-year period from 2008 to 2011.

Final design of the project was completed in August 2011 and construction began in December 2011.  The project was planned for construction in five phases over a period of approximately seven years in order to maintain critical drinking water storage and fire protection storage throughout the construction period.  The first phase consisted of replacing and making connections to critical supply pipelines at the site, including the 69-inch diameter Salt Lake Aqueduct constructed in the 1940’s and the 54-inch diameter Big Cottonwood Conduit, constructed in 1908.  The second phase included the replacement of existing chlorination facilities at the site with a new onsite sodium hypochlorite generation system and associated building, to boost chlorine residual in drinking water supplied from the site.  The third phase consisted of construction of a new 9 MG reservoir.  In the fourth phase, the existing 20 MG Terminal Reservoir North was demolished and replaced with a dual-cell, 28 MG reservoir.  In the fifth and final phase, the existing 20 MG Terminal Reservoir South was demolished and was replaced with an 11 MG reservoir, which is designed with capability for expansion to 22 MG when required to meet future demands.  Construction of the project was completed in 2018. 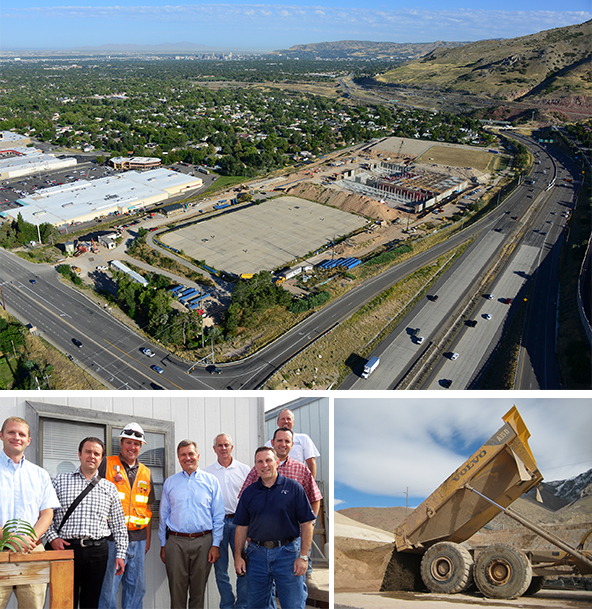