BC&A completed design of a 5.0 MG AWWA D110 prestressed, circular concrete tank for the City of Sandy. The new tank is located in Flat Iron Mesa Park, a highly used and very popular park in Sandy City. The new tank replaced two existing steel tanks that were in need of repair and that did not meet current seismic design standards. The new tank is above-grade and located at the top of a bluff, visible from miles away. The key to this successful project was to work with the adjacent neighbors to keep them informed, develop a design that blended physically and visually into the landscape, and meet a construction schedule to allow for recreational games to be played safely during construction. BC&A designed the tank location to allow for a future well house and pickleball courts to be located near the new tank location.

Construction of the project was complete in Summer 2018 and final completion walk through in 2020.

Bowen Collins & Associates (BC&A) completed the design, environmental permitting and construction management of 1,200 linear feet of the Dry Creek channel realignment near the Sandy City South Town Mall to accommodate future development, provide public open space, mitigate 100-year flood concerns, and connect Monroe Street from 10200 South to 10600 South and I-15. BC&A completed environmental compliance, including an extensive Individual Permit with the US Army Corps of Engineers, Salt Lake County Flood Control permitting and a State of Utah Stream Alteration permit. The project goals were to enhanced riparian habitat, develop a pedestrian trail that connects Dimple Dell to the Jordan River Parkway Trail, provide a pedestrian bridge over Dry Creek, and create a park for leisure and recreational use.

BC&A completed redesign of the existing Utah Lake Pump Station located at the outlet of Utah Lake. The construction of the project was completed in 2013. The historic pump station, which remains in place, is over 100 years old. The new pump station is located adjacent to the historic pump station and currently has (4) operating and (1) future 350 HP vertical propeller type pumps, each with a capacity of 200 cfs, for a total of 360,000 gpm (800 cfs). The project also included design of a new intake and pump house, maintenance shop, and operator’s residence. The project included significant hydraulic 3D computer modeling and a physical model was built and tested at the Utah State Water Research Laboratory to model the pump station intake hydraulics. As part of the project, BC&A completed the environmental permitting and environmental compliance for the project which included Section 7 consultation for the threatened and endangered June Sucker and 404 permitting with the Corps of Engineers and that State of Utah. BC&A also provided full-time construction management. The project was completed in 2013, it was on schedule and under the $6.7 million bid pricing.

Terminal Reservoir is owned and operated by the Metropolitan Water District of Salt Lake & Sandy (District). It was constructed in 1950 and provides drinking water and fire protection storage for Salt Lake City and unincorporated Salt Lake County. The pre-existing tanks were 2 (20 MG each) reinforced concrete reservoirs that did not meet present-day seismic design criteria and approached its design life. The District began planning for replacement of the reservoir in 1998 and worked through the detailed planning and design phases of the project over a three-year period from 2008 to 2011.

Final design of the project was completed in August 2011 and construction began in December 2011. The project was planned for construction in five phases over a period of approximately seven years in order to maintain critical drinking water storage and fire protection storage throughout the construction period. The first phase consisted of replacing and making connections to critical supply pipelines at the site, including the 69-inch diameter Salt Lake Aqueduct constructed in the 1940s and the 54-inch diameter Big Cottonwood Conduit, constructed in 1908. The second phase included the replacement of existing chlorination facilities at the site with a new onsite sodium hypochlorite generation system and associated building, to boost chlorine residual in drinking water supplied from the site. The third phase consisted of construction of a new 9 MG reservoir. In the fourth phase, the existing 20 MG Terminal Reservoir North was demolished and replaced with a dual-cell, 28 MG reservoir. In the fifth and final phase, the existing 20 MG Terminal Reservoir South was demolished and was replaced with an 11 MG reservoir, which is designed with capability for expansion to 22 MG when required to meet future demands. Construction of the project was completed in 2018.

Bowen Collins & Associates has been working with the State of Utah on the Bear River Pipeline Project to implement the Bear River Development Act. As Weber and Box Elder counties have grown over the last decade, the need to identify the route(s) for conveyance and storage facilities has intensified. Limited rights-of-way exist and many of those rights-of-way are being identified and planned for development, other utilities, or transportation corridors. The purpose of this project was to help identify the pipeline route and water storage sites so that land may be preserved for the project and impacts to the community and the environment may be minimized. This study helped the State identify environmental issues, prioritize property acquisition planning activities, identify potential recreational opportunities, and provided costs associated with the alternatives. The project will develop thousands of acre-feet of Utah’s water rights on the Bear River, for people of Cache County, Box Elder County, and the Wasatch Front. The technical components of the study included hydrologic evaluations of the Bear River watershed, an evaluation of project impacts to lake levels, water use and return flow studies, and effects of anticipated climate change. 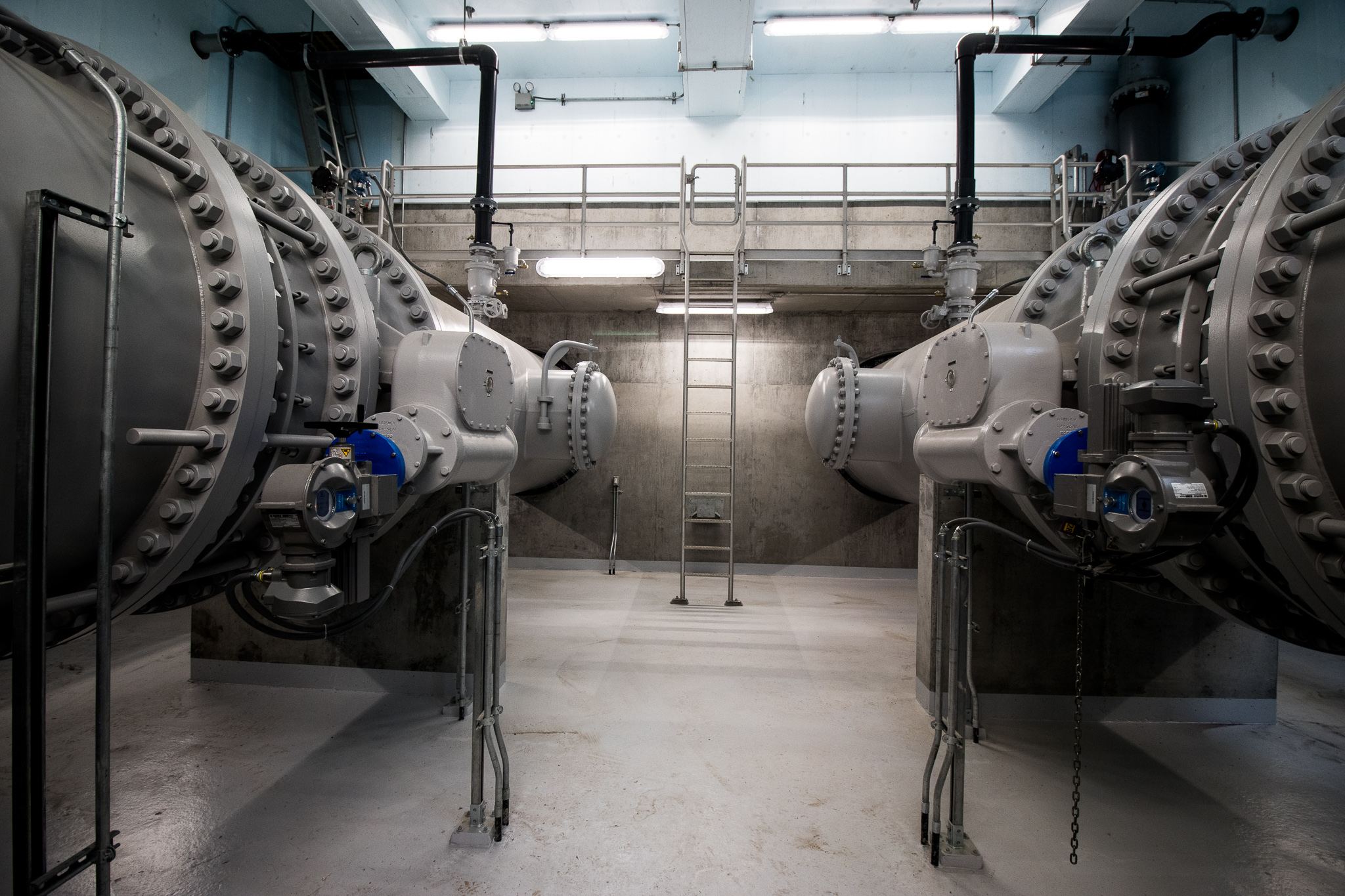 BC&A developed the design and is currently providing construction management for the Southwest Aqueduct Reach 1 Project (SWA-1). The design of the SWA-1 project included the evaluation of a new 66-inch Aqueduct that will parallel the existing 78-inch Jordan Aqueduct Reach 1. The design also included an alignment study, a geotechnical investigation, a hydraulic evaluation of multiple operational scenarios, a pipeline material evaluation, a corrosion protection study resulting in a cathodic protection design, an analysis of relocating a section of the Jordan Aqueduct to accommodate the SWA-1, a utility search and potholing, and permitting review that was documented in a preliminary design report. To provide JVWCD with additional raw water supply capacity for the JVWTP and to provide redundancy to the aging Jordan Aqueduct, the project included over 11,000 LF of 66-inch WSP pipe for the new SWA-1 and segments of new 78-inch and 90-inch pipe to replace existing raw water supply pipelines. The project included four control vault structures, a standpipe, flow control, and modifications to the Jordan Narrows pump station. 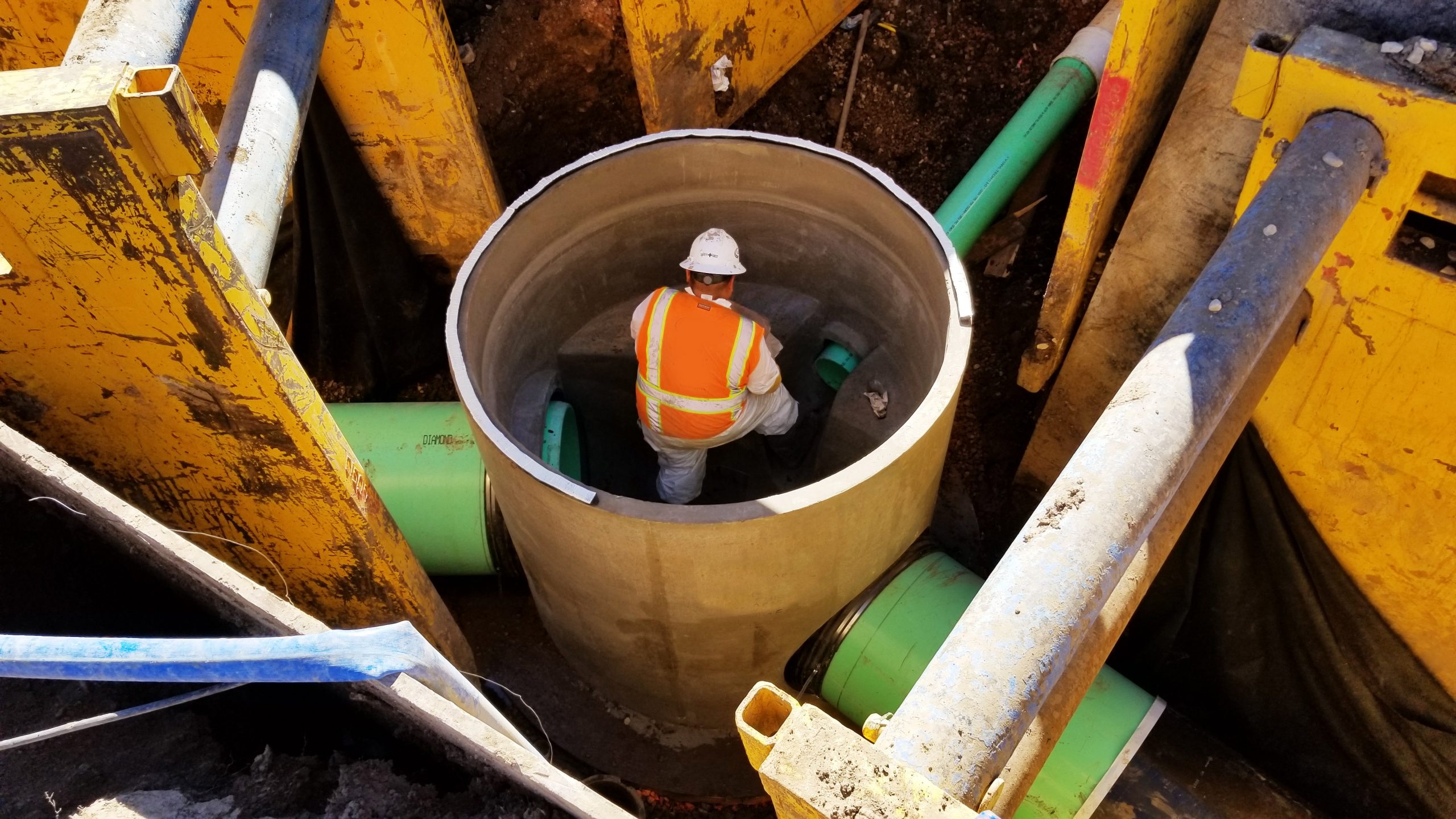 BC&A provided planning, design and construction engineering to rehabilitate the Silver Creek trunk sewer line in Park City, Utah. The project location spanned from the SR 224/SR 248 intersection, along the SR 248 right-of-way, and the Silver Creek corridor to the Silver Creek Water Reclamation Facility. The project included preliminary design and evaluation, final design, and construction services for rehabilitating approximately 7.27 miles of existing 18 – 30-inch RCP sewer pipe. Approximately 500 feet of existing 24-inch ductile iron pipe located below SR 248 was replaced. Of the 500 feet, 262 were within a steel casing which resulted in using open cut and boring methods for installation.

The project featured the use of polymer manholes for both, newly installed manholes, as well as the existing manholes that were severely deteriorated and required replacement.

The project included access improvements and required easements as well as extensive environmental permitting and agency coordination. The project is located in what is known as the EPA OU soil contamination zone and required special soil handling, water and soil monitoring, and discharge permits.

The State of Utah has been involved in regulating, assisting, and providing funding to local water agencies for decades. Recently, as the demand for water across the state has intensified, the State has come under criticism for not accurately determining water usage by the public water systems. The purpose of this study was to evaluate the State’s method of collecting water use data, estimate the overall accuracy of the results, and make recommendations for further improvements.

Bowen Collins & Associates was tasked with examining municipal and industrial water-use information that was submitted to the State of Utah in 2005, 2010, and 2015. With more than 500 separate water systems reporting data to the State, it was not feasible to prepare a detailed audit of each system as part of this study. To overcome this challenge, BC&A focused on two tasks: (1) meeting with the large water providers that provide the majority of water across the state and evaluating their water usage and source data in detail, and (2) auditing a cross section of several dozen smaller water providers to determine overall data gaps, issues, needs, etc. This approach allowed us to determine the accuracy of overall water usage estimates in the state and develop recommendations for improving the existing program.

By completing the statewide study, BC&A was able to make a number of important observations regarding past efforts: